GAA Uachtarán Larry Mc Carthy, presented the Joe McDonagh Foundation medals to clubs from all over the country at an event in Ballyboden St. Endas, Dublin, on 16 March 2022 in recognition of their work promoting the Irish language during 2021.

Twenty-six bronze medals, six silver medals and five gold medals were awarded. They were awarded to clubs from all over the country, in recognition of their work during 2021 promoting the Irish language on the ground in the clubs, and for increasing the use and visibility of the language among the club membership. Special recognition was giving to the clubs that received a medal in 2020, but that hadn’t had the opportunity to celebrate it.

Speaking ‘as Gaeilge’ the Uachtarán praised the work done by the clubs of this country “I would like to congratulate all the clubs that will tonight receive a gold, silver or bronze medal in recognition of their work in promoting the Irish language in their clubs. I would also like to congratulate those clubs that were judged in 2020 and who willl receive a gold medal. I commend all their efforts.

“I commend the work of Glór na nGael, our partners in this scheme. We are very grateful for the magnificent work they have been doing throughout the year. We value this partnership. The promotion of the Irish language, and the promotion of the games through Irish is very important to us, and there is no better way to do this than with this scheme”.

Caitríona Nic Seoin, Development Manager with Glór na nGael says that the level of participation of the clubs in the scheme is very encouraging and that their work inspires the Glór na nGael team in their supporting role. She congratulated the five clubs that won gold medals in 2021, and said that the judges were very impressed by the stance they were taking in terms of the language, and by the positive influence that the clubs are having on the local communities.

This Foundation is named in honor of Seosamh ‘Joe’ Mac Donncha (1953-2016). Joe was a man to be reckoned with who, in his lifetime, achieved much for himself and for the people of this country. He achieved the highest position in the Gaelic Athletic Association, took the McCarthy Cup back to Galway as a hurler and was chief executive and chairman of some major organizations in this country, including Foras na Gaeilge.

Below is a list of clubs that won a medal in 2021. Further information on Fondúireacht Sheosaimh Mhic Dhonncha is available at www.glornangael.ie/clg 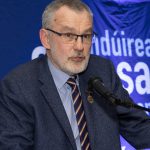